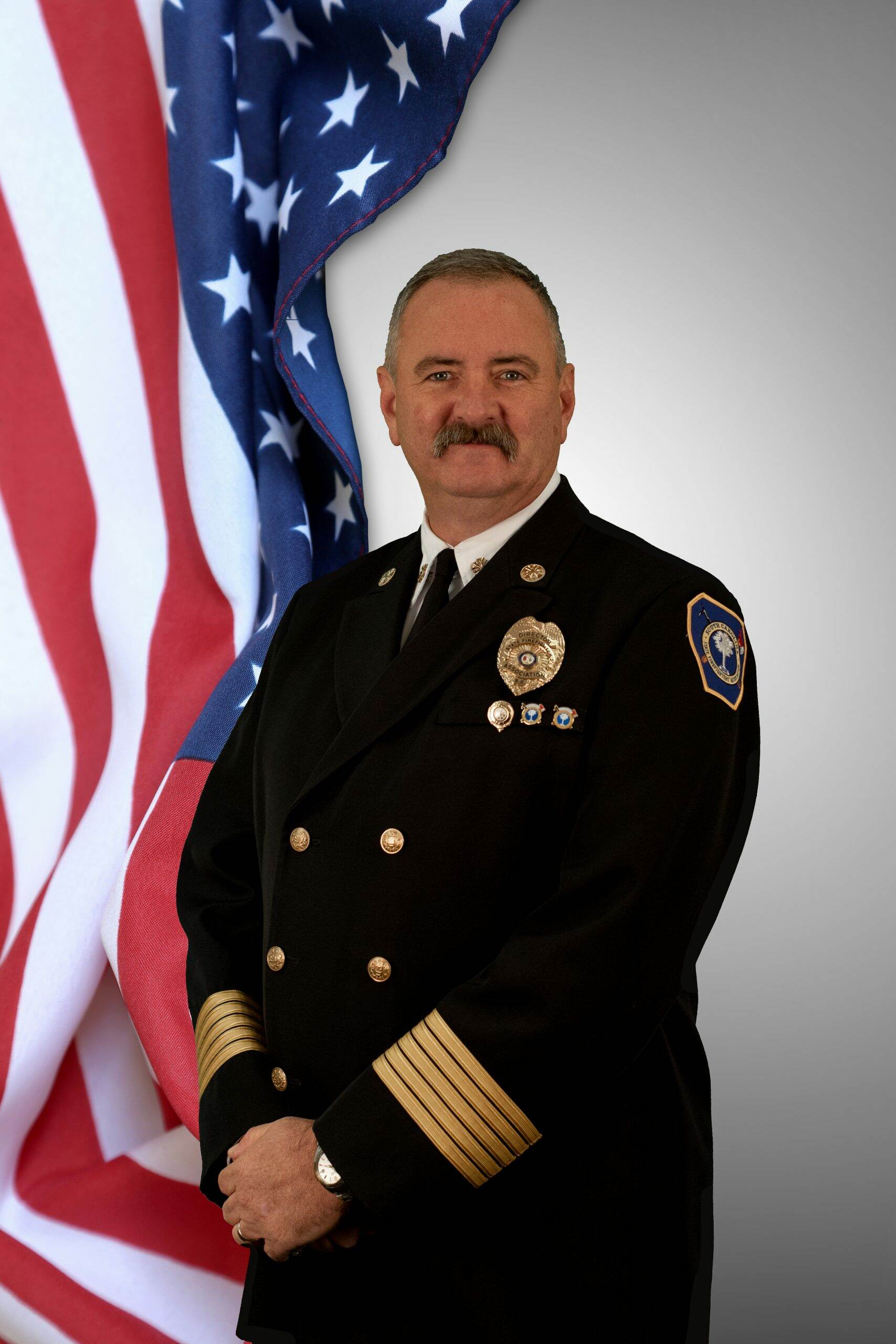 Born in August 1967, he is the son of Joyce and Bruce Palmer in Greenwood, SC. He is married to Marquerite Palmer and has three daughters. Joe began his fire service career in high school as an explorer scout and volunteer firefighter with the Coronaca Fire Department in Greenwood County. He was a member of Northwest Volunteer Fire Department, entered college, and upon graduation of Lander in 1989, became a paid firefighter with the City of Greenwood. While working at the City of Greenwood, he became Regional Supervisor for the SC Fire Academy for Region 7. In 1991, he moved to Columbia and became Manager of Training for the Fire Academy over industrial and regional training. In May of 1994, he was offered and accepted the position of Fire Chief with the City of Newberry. He remained Chief there until August of 2008 when he accepted the position of Executive Director with the South Carolina State Firefighters’ Association. He retired in June of 2018.

Joe has been a member of the United Methodist denomination all his life and currently attends Wightman UMC in Prosperity, S.C. In his churches, he has served as Administrative Board Chair, trustee, and served as District Lay Leader for the Greenwood District. His hobbies include woodworking, camping, horse riding, and working at the family farm.